December 22 - Cancer vaccines are showing promise. Here’s how they work.

November 21 - Dementia vaccines: What are they, and when could they become available?

November 12 - Moderna is banking on a combined COVID, flu and RSV vaccine. Will it work?

August 29 - No link between COVID-19 vaccination and preterm births or stillbirths: study

July 19 - Nasal vaccines may stop Covid infections. Will we get them soon?

July 7 - The next stage in the battle against COVID-19: bivalent vaccines

June 28 - Sask. vaccine manufacturing facility the first of its kind in Canada

April 25 - Being with unvaccinated people increases COVID-19 risk for those who are vaccinated: modelling study

April 13 - Getting a meningitis vaccine might provide some protection against gonorrhea, studies say

March 24 - Development of a Sugar-Based Vaccine for Melioidosis

March 23 - Moderna says vaccine results for kids under 6 are encouraging, will file for authorization soon

February 23 - Protein-based COVID vaccine approved for use in Canada

January 10 - Immune Biosolutions reports that its lead immunotherapy product IBIO123 neutralizes 100% of the SARS-CoV-2 variants of concern (VOCs), including Omicron

January 2 - Sotrovimab COVID-19 drug: A look at how it’s being used to combat Omicron in Canada

December 7 - Human trials to begin on made-in-Canada COVID-19 vaccine you inhale, not inject

August 4 - Calls are growing for mandatory COVID-19 vaccines in health workers. Here’s what we know

June 25 - McMaster researchers, biotech firm team up to create vaccine strips that 'dissolve in your mouth'

February 28 - mRNA vaccine technology could be used to protect against other deadly diseases: experts

May 12 - Pfizer wants to expand human trials of coronavirus vaccine to thousands of people by September, CEO says

January 7 - ‘Against all odds’: The inside story of how scientists across three continents produced an Ebola vaccine

January 7 - An Ebola vaccine was more than two decades in the making. Here are some key people who made it happen

November 19 - ‘Serial’ flu shots still better than none at all: researchers

November 19 - Next vaccination bill won’t back down from dropping non-medical exemptions, Cardy says

September 29 - Flu forecast 2019: Here’s what to expect from this year’s flu season

September 28 - If the U.S. loses its measles elimination status, could Canada be next?

September 20 - Handwashing vs. hand sanitizer: Which one is better at killing flu virus?

September 19 - Flu vaccines could be delayed this fall, but BCCDC is confident it won’t affect immunization

September 6 - Better, longer-lasting flu vaccine to be developed at OHSU

August 26 - Effectiveness and cost-effectiveness of vaccination against herpes zoster in Canada: a modelling study

November 5 - Hepatitis A, B and other travel vaccines facing shortages across Canada

August 20 - Is it time to bring back the Lyme disease vaccine?

August 16 - Having to pay for your own shingles vaccine isn’t ageism, tribunal rules

August 1 - 'We will fight this one as we did the last': Congo announces new Ebola outbreak

June 15 - Canadian children should get vaccinated for hepatitis B at birth, experts say

June 4 - The Economics of Vaccines

May 27 - No link between HPV vaccine, increased risk of autoimmune disorder, study finds

May 22 - How the new Ebola vaccine was made in Canada

April 26 - Vaccine-preventable diseases could come roaring back as adults are neglecting their shots, Canadian study says

April 24 - BC scientist one step closer to developing syphilis vaccine

April 13 - Immunization made us healthy. Vigilance can keep us healthy.

March 20 - Shingles is Nasty, And The New Vaccine Works Well. Why Do Adults Avoid Shots?

December 15 - Flu season could be ‘serious’ according to health officials

December 4 - Nationwide vaccine shortages could cause trouble for travellers

October 13 - Needling continues over who should give flu shots

August 29 - Why Some Parents Are Scared of Vaccines

Jyly 12 - Measles alert: Vaccinate your kids before heading to Europe as outbreak spreads

July 6 - No vaccines, no public school: is it time for Canada to emulate France?

June 30 - Recommendations for the use of rotavirus vaccines in infants

May 16 - The doctor is out: How proposed MCP change could affect your flu shot

May 13 - How to improve Canada’s vaccination rate

May 8 - Now, more than ever, we need a national vaccination plan

May 8 - Measles case at Burnside jail leads to vaccination of inmates, staff

May 5 - Get vaccinated, health region says in response to whooping cough outbreak in Prince Albert

May 4 - Boys too: HPV vaccination to be offered to all N.L. students in Grade 6

April 27 - Time to finish the job of eradicating polio

April 12 - Why Vaccine Skeptics Respond Better to Information Than Shaming

March 29 - Measles outbreak in Nova Scotia: what you need to know

March 24 - Mumps: Canada, the virus and the vaccine and why the comeback

March 16 - Deadly history of vaccines highlights how important they are, says author

March 16 - One mumps case confirmed in Ottawa, but no details released

March 13 - There are now 37 confirmed cases of mumps in the city: Toronto Public Health

March 7 - I’m vaccinated but I still got the mumps? Answering 7 common questions about mumps

February 27 - Anatomy of a mumps outbreak: Expert advice and all you need to know

February 3 - ‘We should be modelling the way’: flu vaccination rate for SHR providers

January 6 - HPV vaccine will be made available for boys in B.C.

December 30 - Pharmacists help with flu shots in Sask. — but at an added cost

December 22 - A mobile app aims to get more kids vaccinated

December 19 - The lowest vaccination rates in the city

November 25 - Flu hits Yukon early and hard, with more than 70 cases so far

October 20 - Lack of herd immunity could cause mumps to spread, says province

October 18 - The End Of Polio Is In Sight

October 11 - Alberta influenza numbers up but vaccine weeks away

September 6 - Canadians stepped up to help lead fight against Ebola

August 29 - A decade on, vaccine has halved cervical cancer rate

June 29 - Ganesh: Access to an effective flu vaccine for seniors could move us towards a national Pharmacare strategy

June 16 - Dengue in the Americas

May 26 - Flu shot not popular in Manitoba, survey says 3rd lowest in Canada

May 16 - HIV vaccine design should adapt as HIV mutates

May 12 - Fighting hospital germs with sugar

April 25 - Zika case confirmed in Ontario, may be sexually transmitted

April 14 - Raccoon Rabies Prevention in Québec - Vaccine Operation in Montérégie and the Eastern Townships from April 19 to 28, 2016

April 11 - For polio vaccines, a worldwide switch to new version

April 11 - Zika's potential to spread in U.S. 'scarier than we initially thought:' CDC

February 9 - Fact or Fiction: Is there a link between microcephaly and vaccines?

February 2 - City on the brink of a flu epidemic: Toronto Public Health

January 28 - Dr. James Aw: How Canada is doing its part to reduce the harm caused by non-communicable diseases

January 28 - Zika virus: 6 things to know about the growing outbreak

January 15 - A to Zika: What you need to know about this spreading virus

December 10 - Rabies in Ontario - What should we do?

October 23 - World Polio Day: Fewer children than ever with polio

October 21 - Indigenous people more at risk of getting the flu

September 16 - Could a vaccine prevent cancer from spreading after surgery?

May 26 - The Canadian HIV Vaccine Initiative

February 13 - Acadia University to immunize students, staff against meningitis B

October 7 - Canadians Widely Unaware Of How To Protect Against Travellers' Diarrhea Caused By An E. Coli Infection

May - NewMedscape Video for Healthcare Professionals about Adult Vaccination

April 14 - Are your vaccines up-to-date? Talk to your Healthcare Professional about the new Vaccines411™ Checklist

February 3 - Immunization for meningococcal serogroup B - What does the practitioner need to know? 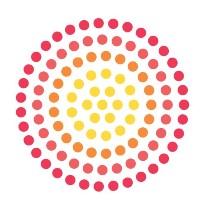 This Pop-Up will help us capture and imbed our Covid-19 lessons learned into organizational policies, processes, and practices along the continuum of disciplines that feed into the delivery of immunization services for children and youth. Together we can ensure the systemic knowledge, innovation and collaborations created during the COVID-19 pandemic are recorded, incorporated into practice, and nurtured to improve our practices and policies to protect against future destabilizing events.

IPAC Canada is a multidisciplinary member-based association committed to public wellness and safety by advocating for best practices in infection prevention and control in all settings.

This meeting has become an annual must-attend educational and scientific event for members of the Canadian Thoracic Society (CTS), Canadian Respiratory Health Professionals (CRHP), the Canadian Lung Association (CLA) and others working in respiratory health.

The time has come again for us to invite you to the Canadian annual meeting in infectious diseases and diagnostic microbiology. The AMMI Canada – CACMID Annual Conference will return in a hybrid format: in-person in Vancouver, BC and online via our virtual platform.

The conference will embrace technology and present sessions December 8 – 9 from 10:30 - 17:45 (Eastern Standard Time) daily where over 600 participants will connect, collaborate, share and learn. The Organizing Committee engages with experts and thought-provoking speakers to develop an innovative scientific program that will challenge participants to inspire future research, policies, and practices.

In a continued effort to keep our delegates and their families safe and closer to the patients they are caring for, our event this year will leverage digital technology to bring you face to face with thought leaders and influencers in children’s health. The event is being closely planned with our “local” co-host, the Children's Hospital at London Health Sciences Centre, along the theme of “From Crisis to Catalyst: The Next Chapter for Children's Healthcare”.

Public Health 2021 is the national conference where public health professionals, researchers, policy-makers, academics, students and trainees come together to strengthen efforts to improve health and well-being, to share the latest research and information, to promote best practices and to advocate for public health issues and policies grounded in research.

The Federation of Medical Women of Canada’s Annual General Meeting and Educational Assembly is the annual event where we welcome physicians at all stages of their careers, as well as medical students and residents, and provide opportunities to enhance their clinical expertise with practical tools, to grow their networks, and to celebrate physician leadership. 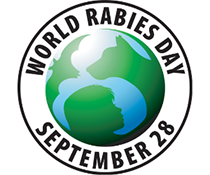 World Rabies Day was created to raise awareness and advocate for rabies elimination globally and is designed to unite all people, organizations, and stakeholders against rabies. World Rabies Day is held every year on September 28. This date was chosen as it is the anniversary of the death of Louis Pasteur – the first person to successfully create a vaccine against rabies. 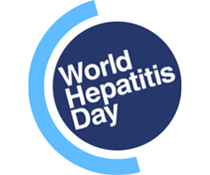 Join us Tuesday, June 22 to Friday, June 25, 2021 and experience the same great content, top notch research, and some novel networking activities, all from the comfort of your home/office. The daily schedule will accommodate all time zones and you don't have to miss any concurrent presentations because they will be available on-demand after the conference. Who should attend? Paediatricians, Family physicians, Nurses and nurse practitioners, Health professionals. Stay tuned - more details coming soon!

The National Nursing Week annual celebrations take place from the Monday to the Sunday of the same week as Florence Nightingale’s birthday, May 12. Theme: the theme for 2021 has not yet been determined. CNA will announce the details at a later date.

IPAC Canada is a multidisciplinary member-based association committed to public wellness and safety by advocating for best practices in infection prevention and control in all settings. 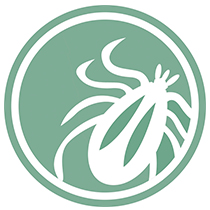 The natural world is a beautiful place, and not always the friendliest place around. Could be why we spent thousands of years making it so we didn't have to go outside. One such danger is Lyme Disease, and for those who spend time out in the wild (especially campers and hunters) it's a danger they face every time they get an unwanted passenger in the form of a tick. Lyme Disease Awareness Month reminds us to be vigilant, and to spread awareness to help save lives. 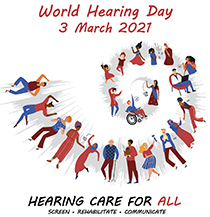 This extraordinary virtual meeting for the Strategic Advisory Group of Experts on Immunization (SAGE) will be held on Tuesday 05 January 2021 to propose recommendations to WHO on the use of COVID-19 vaccine(s). 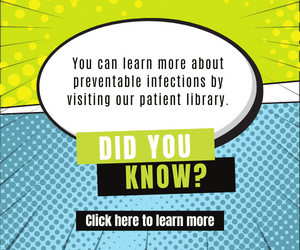